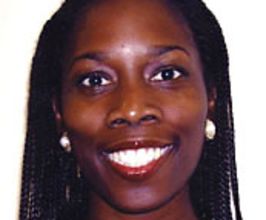 Book Thema Davis for your event

Dr. Thema Bryant-Davis is a poet, psychologist, dancer, motivational speaker, minister and life empowerment coach. The North Carolina Arts Council named her Emerging Artist of the Year. Her poetry has been featured on BET, PBS and C-SPAN as well as in the Boston Globe and Black Entertainment Television’s Weekend Magazine. She is the author of the critically-acclaimed books Mangos and Manna and The Birthing of a Lioness and is the recording artist on the CD Sky: An upbeat black girl’s song. Her work is based in an interdisciplinary understanding of spirituality, culture and psychology.Dr. Bryant-Davis received her doctorate from Duke University in Clinical Psychology with a focus on the cultural context of trauma recovery, as well as the intersection of gender and racial identity. She completed her post-doctoral training at Harvard Medical Center’s Victims of Violence Program. From 2001-2004, she served as Senior Staff Psychologist and Coordinator of the Princeton University SHARE Program. She is a contributing author in the Beacon Press book, The Complete Guide to Mental Health for Women.Dr. Bryant-Davis has served for three years as an American Psychological Association representative to the United Nations where she advocated for mental health and human rights globally. In addition, she has been appointed the Global and International Issues Chairperson for the Society for the Psychological Study of Women.Dr. Bryant-Davis is a trained dancer and actress, having completed studies at The Baltimore School for the Arts, The Peabody Institute, The Liberian National Cultural Arts Center and the Boston University Theater Institute. She teaches others how to use poetry, song, art and movement for emotional and spiritual edification. From 2000 -2001, she was the Artistic Director of the Blackout Boston Arts Collective. Additionally, she won the Nuyorican Queen of Slam competition and has coached poets across the country. In addition, Dr. Bryant-Davis is an accomplished playwright. Her play entitled Upbeat was performed in New York at the Urban Arts Theater Festival in 2003.Using artistic expression, spirituality, psychology and culture, Dr. Bryant-Davis is an internationally recognized lecturer, performer, speaker and life coach. She has presented at conferences, universities, churches, community centers, schools and prisons throughout the United States as well as in South America, Europe, Africa and the Caribbean. Dr. Bryant-Davis is founder of Oasis Institute International, the premiere healing arts and life empowerment-coaching institute. Oasis Institute is comprised of multicultural artists and life coaches who provide workshops, motivational presentations, performances and life empowerment coaching for individuals and groups. Dr. Bryant-Davis is a minister in the African Methodist Episcopal Church and lives by words from her mother, Rev. Cecelia Williams Bryant, who states “God is speaking. My life is Her vocabulary.”Contact a speaker booking agent to check availability on Thema Davis and other top speakers and celebrities.