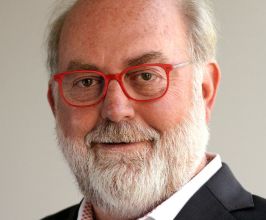 Book Thomas Frey for your event

The greatest value in understanding the future comes from spotting the major cultural, demographic, societal, and economic shifts early and translating them into viable business strategies, says Tom Frey, one of the world’s leading economic futurists.As the Executive Director and Senior Futurist at the DaVinci Institute, Frey works closely with his Board of Visionaries to develop original research studies, which enables him to speak on unusual topics, translating trends into unique opportunities.As part of the celebrity speaking circuit, Frey continually pushes the envelope of understanding, creating fascinating images of the world to come. His keynote talks on futurist topics have captivated people ranging from high level government officials to executives in Fortune 500 companies including NASA, IBM, AT&T, Hewlett-Packard, Lucent Technologies, First Data, Boeing, Capital One, Bell Canada, Visa, Ford Motor Company, Qwest, Allied Signal, Hunter Douglas, Direct TV, International Council of Shopping Centers, National Association of Federal Credit Unions, Times of India and many more.Because of his work inspiring inventors and other revolutionary thinkers, the Boulder Daily Camera has referred to Frey as the Father of Invention. The Denver Post and Seattle Post Intelligencer have referred to him as the Dean of Futurists.Before launching the DaVinci Institute, Frey spent 15 years at IBM as an engineer and designer where he received over 270 awards, more than any other IBM engineer. He is also a past member of the Triple Nine Society, an organization for individuals that demonstrate an IQ at or above the 99.9th percentile.Frey has been a columnist for the Denver Post, Rocky Mountain News and Boulder County Business Report, and is the author of the 1998 book “Inventions of Impact.” He currently writes a newsletter entitled News From The Future and has written numerous articles on a wide range of futurist topics. He has also been a contributing writer for The Futurist Magazine and is the Editor of the Impact Lab, an online emerging technology blog which was recently rated by Popular Science Magazine as one of the top five science blogs in the known universe.Contact a speaker booking agent to check availability on Thomas Frey and other top speakers and celebrities.