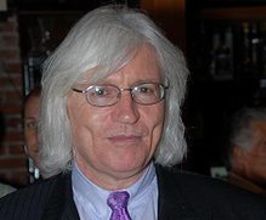 Recognized as one of the best trial lawyers in the U.S.

Book Thomas Mesereau for your event

His celebrity criminal defense work is balanced by his personal and professional commitment to seeking justice for the legally underserved and “railroaded” victims of overzealous criminal prosecution offices. He devotes his time and money to notable pro bono legal services to the African-American communities of Los Angeles and the American South. He is a founding partner of Collins Mesereau Reddock & Yu LLP, a small general practice law firm located in Century City, California.        Born in West Point, New York in 1950 to an affluent yet politically liberal former Military Academy football assistant coach and his wife, Mesereau earned a 1973 bachelor’s degree from Harvard University while both an active member of the Harvard boxing and football teams and as a Vietnam War protester. After a year in Washington D.C. as a Capitol Hill staffer, he earned a 1975 MSc in International Relations from the London School of Economics, and a law degree from the University of California’s Hastings College of the Law, located in San Francisco, California.        Following Mesereau’s marginal law school career, he moved to Washington D.C. to spend two years as a junior associate for a prestigious corporate litigation firm. He spent a year as a deputy in the Orange County District Attorney’s office before a three year stay as an executive at Getty Synthetic Fuels, Inc., in Orange County, California. Boredom with corporate life in 1985 resulted in a change of career goals. He made a long-term plan to transition to criminal defense, a specialty he found far more engaging and personally satisfying, and entered private practice in Los Angeles.        Before the success and media spotlight of the Michael Jackson child molestation trial, Mesereau represented other controversial and high-profile criminal defendants. Mesereau was lead counsel for the second of the three consecutive trial teams to actor Robert Blake during his 2003-2004 wife-murder trial. During Blake’s pre-trial hearings, Mesereau won Blake his right to freedom (with bail and an ankle bracelet) while awaiting trial, and had a conspiracy to commit murder charge dismissed. As Michael Jackson’s first choice attorney, Mesereau allegedly consulted with the Jackson camp during this period as Blake’s counsel, and ultimately left the Blake defense to take the lead counsel position for Jackson. Alleged rapist and sexual assault defendant Mike Tyson and actor and comedian A.J. Johnson, who was accused of multiple charges including kidnapping and assault with knife and firearm, are two other famous former clients of Mr. Mesereau’s.        Some of Mesereau’s lower-profile, though no less controversial, clients have included a former member of the 70’s domestic political terror group, the Symbionese Liberation Army, and a woman charged with beating to death her 22-month-old daughter with a plastic soft drink bottle filled with M&Ms. A gang member by the name of “Little Hit-Man” was acquitted of murdering a rival “gangbanger” at an intersection during daylight, despite three prosecution eyewitnesses and a potential “third-strike” life sentence.        Mesereau regularly donates two Sundays a month to serving low income, indigent, and minority clients with their legal matters–from the mundane to the life-altering–at a monthly legal clinic in South Los Angeles operated by the First AME Church and the UCLA School of Law. In addition, Mesereau donates his time, personal funds, and criminal defense skills once a year to represent low income, African-American criminal defendants facing the death penalty in Alabama and Mississippi.        Mesereau has been named “Criminal Defense Lawyer of the Year” by the Century City Bar Association, Los Angeles, and has been listed as one of the “One Hundred Most Influential Attorneys in California” by the Los Angeles Daily Journal. He has received the “Humanitarian Award” from The National Association of Blacks in Criminal Justice (NABCJ) and has conducted seminars for NABCJ on various aspects of the criminal justice system.        Mesereau lives in West Los Angeles and is known to live a low-key lifestyle, favoring movies, plays, neighborhood walks, local restaurants, Clippers basketball games, and the occasional professional boxing match. Divorced seventeen years ago from former Vogue model Heidi Gold, he is currently dating actress, singer, songwriter, and event planner Minnie Foxx.Contact a speaker booking agent to check availability on Thomas Mesereau and other top speakers and celebrities.