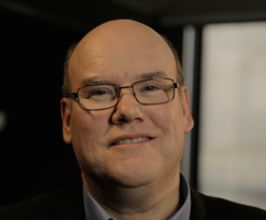 Book Tim Nixon for your event

Tim Nixon is the chief technology officer of Global Connected Customer Experience, a business unit of General Motors Company. He was named to the position in October 2012. In his role, Nixon leads the incubation and development of new technologies, platforms, and services supporting connected products for GM vehicles globally, including the 4G LTE OnStar platform. He also leads the development of vehicle-connected app ecosystems.In his prior role, he was the global functional leader of infotainment and OnStar Engineering within GM’s Global Product Development team, responsible for vehicle cockpit electrical products, including Cadillac CUE, Chevrolet MyLink, and Buick/GMC/Opel IntelliLink radios, instrument clusters, switches, displays, acoustics, embedded OnStar connectivity and rear seat entertainment across GM’s six regional engineering centers.Nixon began his career in 1984 as a design engineer of various cockpit-based automotive products with Nartron Corporation. In 1986 he joined Ford Motor Company in Dearborn, Michigan, where he was a design engineer for electronic instrument clusters and display products. In 1992 he was named supervisor of Ford’s newly established Voice Recognition development team. Nixon went on to an international assignment at Ford’s Markham, Ontario electronics facility where he was the area manager of the airbag electronics manufacturing operations. He joined OnStar in 1997 where he held positions in quality and vehicle hardware and technology development.In 1999, Nixon returned to Ford where he was assigned as the site director of the Wingcast Telematics venture created between Ford and Qualcomm, where he was responsible for the venture’s Michigan operations. In 2002, he assumed responsibility for Ford’s Infotainment, Cockpit Electronics Systems, and Technology Development activities, where he led the advanced development and launch support of various products including in-vehicle navigation, satellite radio, rear seat entertainment, and the 1st Generation Ford Sync connectivity platform. Nixon rejoined General Motors in 2007 where he worked in several technical leadership positions, and appointed to lead OnStar’s Engineering, Systems and Network Operations team in 2009.Nixon holds a bachelor’s degree in electronics engineering technology from Ohio Institute of Technology.Nixon has been awarded five patents and has several pending.Nixon is active in a variety of non-profit organizations and currently sits on the Telecommunications Industry Association (TIA) board of directors. Nixon previously served for nine years as a Trustee on the Behavioral Health Board of Henry Ford Hospital in Detroit.Contact a speaker booking agent to check availability on Tim Nixon and other top speakers and celebrities.