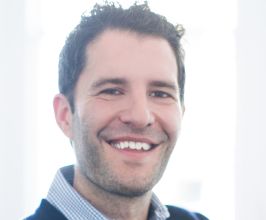 The founder and chief executive of The Hunt-a site that helps you find items to buy from photos posted on Pinterest, Instagram, Tumblr, and elsewhere,

Book Tim Weingarten for your event

The Hunt, a site that helps you find items to buy from photos posted on Pinterest, Instagram, Tumblr, and elsewhere, is today announcing $700,000 in additional funding, on top of the $2 million it had previously raised from Javelin Venture Partners and others. The new round involves several high-profile investors, including Ashton Kutcher, Guy Osearys (Madonnas manager) A-Grade Investments, marketing and branding expert Rohan Oza, Desi Hits CEO Anjula Acharia Bath, and media investor Michael Banks.Reportedly, the site has already attracted a handful of half a dozen celeb users, including a few TV actresses, as well as Christina Milian, and others which the company is not yet disclosing. The interest from this group, to some extent, prompted the follow-on investment.When we started talking to them, they immediately in particular, Ashton got how we were very different from all other curation sites and all other fashion tech startups, explains Tim Weingarten, co-founder and CEO of The Hunt. And once you get one or two of these [celebs] in, the word spreads, he adds.The draw for the service, for those unfamiliar, is that it helps connect the images being shared across the web and social media, to products people can actually buy. For celebrities and other well-known fashionistas, The Hunt offers them a new way to engage with their fans or audience.Contact a speaker booking agent to check availability on Tim Weingarten and other top speakers and celebrities.