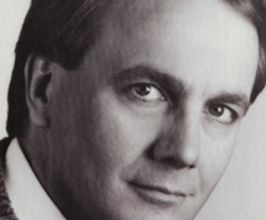 President Bush nominated Tom Luce on May 20, 2005, to the position of assistant secretary for the Office of Planning, Evaluation and Policy Development at the U.S. Department of Education, and the Senate confirmed his appointment to this position on July

Book Tom Luce for your event

Luce has held several other key positions throughout his career. Having been appointed five times to major posts by Texas governors, including as chairman of the Texas National Research Laboratory Commission, chief justice pro tempore of the Texas Supreme Court and delegate to the Education Commission of the States, Luce is perhaps best known for his role in 1984 as the chief of staff of the Texas Select Committee of Public Education, which produced one of the first major reform efforts among public schools.Luce was co-founder of the National Center for Educational Accountability (NCEA), sponsor of the Just for the Kids School Improvement Model, and served as chairman of the board for NCEA and Just for the Kids from their inceptions until 2005. He also founded Communities Just for the Kids. In 1995, Luce wrote Now or Never—How We Can Save Our Public Schools, a book that defined his education philosophy and outlined a preliminary plan for education reform that called for broader support for public education. His newest book on public education, Do What Works: How Proven Practices Can Improve America’s Public Schools, was published in December 2004.Luce has served on the boards or as guest lecturer at a number of schools of higher education, including the Kennedy School of Government at Harvard and the LBJ School of Public Affairs.In addition, he has served on the boards of multiple community and charitable organizations, including the Texas Education Reform Caucus, the National Commission on Teaching and America’s Future, Advanced Placement Strategies, Education is Freedom and the Foundation for Community Empowerment, and on the Executive Committee of the Dallas Citizens Council, an organization comprising CEOs of Dallas’ largest businesses. Further, the United States Senate appointed Mr. Luce a member of the Library of Congress Trust Fund Board.He is the recipient of the J. Erik Jonsson Ethics Award, the Center for Non-Profit Management Social Entrepreneur Award, the Dallas Historical Society Excellence in Community Service Award and the CASA Award for Service to Children, among others.An attorney since 1965, Luce received his undergraduate and graduate degrees from Southern Methodist University (SMU) and has been honored with the SMU Law School and University Distinguished Alumni Awards. He was a founding partner and managing partner of Hughes & Luce, LLP, with offices in Austin, Dallas and Fort Worth, Texas.Contact a speaker booking agent to check availability on Tom Luce and other top speakers and celebrities.