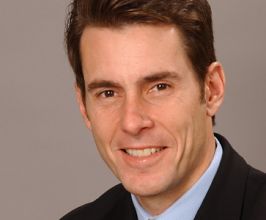 Book Tom Verducci for your event

Tom Verducci is an Emmy Award-winning insider and analyst appearing across MLB Network’s programming, including the Emmy Award-winning flagship studio show MLB Tonight.Verducci, who joined MLB Network in 2009, was honored with a Sports Emmy Award in the Outstanding Sports Personality – Sports Reporter category for his work on MLB Network and TBS in 2013 and 2018. Verducci earned his second Sports Emmy Award for Outstanding Sports Personality – Studio Analyst in 2014, marking the first time a non-former college or pro athlete won in the category, and the first time for a previous Outstanding Sports Reporter award winner also won for Outstanding Studio Analyst.A renowned baseball writer, Verducci also serves as a senior baseball writer for Sports Illustrated and contributes analysis to SI.com. Additionally, Verducci is an analyst for FOX’s MLB coverage throughout the year. Verducci was in the broadcast booth alongside analyst Harold Reynolds and play-by-play announcer Joe Buck for FOX’s presentation of the All-Star Game and World Series in 2014 and 2015.In 2009, Verducci co-authored Joe Torre’s The Yankee Years, chronicling Torre’s years as Yankees manager from 1996 to 2007. Verducci became the first SI writer to both write a cover story and serve as its subject. Verducci’s story, I Was a Toronto Blue Jay recounted his experiences playing for the Blue Jays over five Spring Training days. Verducci’s cover story for SI’s 2004 Sportsman of the Year (the Boston Red Sox) was included in The Best American Sports Writing 2005 anthology.Another compelling and personal story Verducci has written for SI is his 1995 cover story The Dead End Kids, in which he profiled Darryl Strawberry and Dwight Gooden. Verducci’s 1999 cover story about Sandy Koufax, The Left Arm of God, was another classic, in which he wrote that the pitching legend should not be referred to as a recluse, as “a recluse doesn’t touch so many people with lifelong lessons of generosity, humility and the Zen of the curveball.”Verducci has written multiple books, including Chasing the Dream; My Lifelong Journey to the World Series, Joe Torre’s path from growing up in Brooklyn to leading the Yankees to the 1996 World Series, and Inside Baseball: The Best of Tom Verducci, featuring 21 of the author’s most gripping SI essays.Before joining SI, Verducci spent 10 years with Newsday as a baseball writer, including a three-year stint as the paper’s national baseball columnist. He also spent a year in Cocoa, Florida, as a sports reporter for Florida Today.Verducci led his high school football team to a state championship and caught the winning touchdown pass in the title game. Verducci attended Penn State University, where he graduated in 1982 with a bachelor’s degree in journalism, and was named the Most Outstanding Journalism Graduate in that class. As a volunteer for the Montgomery Baseball Association youth program, Verducci managed the 10-year old travel team to the 2006 Mid-Atlantic Region championship and the Cal Ripken Baseball World Series.Contact a speaker booking agent to check availability on Tom Verducci and other top speakers and celebrities.