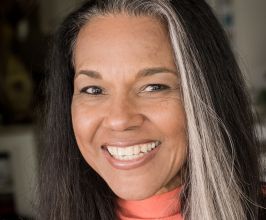 Book Toni Tipton-Martin for your event

Toni Tipton-Martin is an award-winning food and nutrition journalist who is busy building a healthier community through her books, foundation and in her role as Editor in Chief of Cook’s Country Magazine and its television show. She is a James Beard Book Award winner, recipient of the International Association of Culinary Professionals (IACP) Trailblazer Award and its Book of the Year Award. She has appeared as a guest judge on Bravo’s Top Chef and has been featured on CBS Sunday Morning’s annual Food Show; in the anthology, Best Food Writing of 2016; and in Aetna’s 35th Annual African American History Calendar. She received Notable Mention in The Best American Essays of 2015.Former First Lady Michelle Obama invited Toni to the White House twice for her outreach to help families live healthier lives. In 2014 she earned the Southern Foodways Alliance John Egerton Prize for this work, which she used to host Soul Summit: A Conversation About Race, Identity, Power and Food, an unprecedented 3-day celebration of African American Foodways.In 1991, Toni became the first African American woman to hold the position of food editor at a major daily newspaper, the Cleveland Plain Dealer. Prior to that post, she was the nutrition writer for the Los Angeles Times and a contributing editor to Heart and Soul Magazine (a health and fitness book for African-American women).Toni has been a guest instructor at Whole Foods Culinary Center, and has appeared on the Cooking Channel’s Foodography and the PBS feature Juneteenth Jamboree. She has been a featured speaker at the Library of Congress, Duke University, the University of North Carolina – Chapel Hill and Charlotte; Austin History Center; the Longone Center for American Culinary Research, William L. Clements Library, University of Michigan; Roger Smith Cookbook Conference; Foodways Texas; Culinary Historians of Southern California; International Association of Culinary Professionals; Les Dames D’Escoffier; Webster College; Prairie View A&M University; Women Chefs and Restaurateurs; the College of Charleston; Mississippi University for Women; and Austin Foodways. She has shared her passion for cooks and the community as a freelance writer for Epicurious, the Local Palate, UNC Wilmington’s Ecotone Journal, the Austin Chronicle, Edible Austin Magazine, Texas Co-op Magazine, Gastronomica The Journal of Food and Culture, and Cooking Light Magazine.In 2008, after 30 years teaching cooking in the media and demonstrations, Toni founded The SANDE Youth Project as a grassroots outreach to improve the lives of vulnerable families. The 501(c)(3) not-for-profit is dedicated to combating childhood hunger, obesity and disease by promoting the connection between cultural heritage,cooking, and wellness. Through community partnerships with universities, private and public entities, including Oldways Preservation Trust, the City of Austin, Edible Austin Magazine, and others, Toni’s foundation has presented two community events, Soul Summit: A Conversation About Race, Identity, Power and Food and the Children’s Picnic A Real Food Fair.Toni is a member of the Oldways African Heritage Diet Pyramid Advisory Committee, Les Dames D’Escoffier Washington, D.C. Chapter, and Jack and Jill of America, Inc. She is a co-founder and former president of Southern Foodways Alliance and Foodways Texas. Toni is a graduate of the University of Southern California School of Journalism. She and her husband are restoring a 19th Century rowhouse, one of the “Painted Ladies” in Baltimore’s historic Charles Village. She is the mother of four.Contact a speaker booking agent to check availability on Toni Tipton-Martin and other top speakers and celebrities.