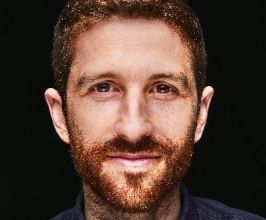 Product Philosopher at Google; Co-Founder of the “Time Well Spent” Movement & The Center for Humane Technology

Book Tristan Harris for your event

Called the “closest thing Silicon Valley has to a conscience,” by The Atlantic magazine, Tristan Harris spent three years as a Google Design Ethicist developing a framework for how technology should “ethically” steer the thoughts and actions of billions of people from screens. He is now co-founder of the Center for Humane Technology, whose mission is to reverse ‘human downgrading’ and re-align technology with humanity. Additionally, he is co-host of the Your Undivided Attention podcast with co-founder, Aza Raskin. ​Rolling Stone magazine named Harris one of “25 People Shaping the World”, and was named in Fortune’s 40 under 40 of 2018 for his work on reforming technology. In 2016, Harris left Google to work on reforming the attention economy with the non-profit initiative, Time Well Spent which called out the industry’s “race to the bottom of the brain stem” to capture attention and proposed design solutions. In January 2018, Mark Zuckerberg embraced “time well spent” as a design goal for Facebook, and in May 2018, Apple and Google each launched “Digital Well-being” initiatives and “time well spent” features now shipping on iOS and Android phones. ​Harris has spent more than a decade studying the influences that hijack human thinking and action. From his childhood as a magician to his work in the Stanford Persuasive Technology Lab where he studied persuasive technology, Harris became concerned about the need for ethical and humane technology. ​His work on the attention economy started in 2013, when he created a slide deck within Google that went viral, warning about the technology industry’s arms race to capture human attention and the moral responsibility companies have for the ways they restructure society. ​Harris’s work has been featured on TED, The Atlantic, 60 Minutes, The New York Times, The Associated Press, Wall Street Journal and many more. Harris has briefed Heads of State, technology company CEOs, and members of U.S. Congress about the attention economy. ​Before Google, Harris was co-founder and CEO of Apture, which Google acquired in 2011. Apture enabled millions of users to get instant, on-the-fly explanations across a vast publisher network. ​Harris holds several patents from his work at Apple, Wikia, Apture and Google. He graduated from Stanford University with a degree in Computer Science, focused on Human Computer Interaction, while dabbling in behavioral economics, social psychology, behavior change and habit formation in Professor BJ Fogg’s Stanford Persuasive Technology lab. ​Contact a speaker booking agent to check availability on Tristan Harris and other top speakers and celebrities.