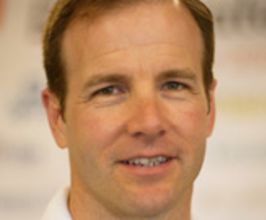 Book Troy Henikoff for your event

Troy Henikoff is the CEO and Co-founder of Excelerate Labs, a seed stage accelerator in Chicago. Additionally he helps manage the FireStarter Fund, teaches Entrepreneurship at Northwestern’s Kellogg School of Management, is a Faculty Coach for University of Chicago / Booth’s New Venture Challenge, is on the board of the Chicagoland Entrepreneurial Center and an advisor to Hyde Park Angels. His last 25+ years have been spent starting, running and advising early stage technology companies.Excelerate Labs has been ranked as the #3 accelerator in the country by the Kauffman Foundation and by Forbes Magazine. As of September of 2012, Excelerate has had 30 companies through its program that have raised more than $27Million and created over 150 new jobs. This mentorship based program runs every summer in Chicago.FireStarter Fund is a venture fund that makes seed stage investments in Chicago based digital technology companies. Its LP’s include 42 successful digital entrepreneurs including founders and CEOs of companies like comScore, Restaurant.com, NAVTEQ, Jellyvision, MorningStar, Fieldglass, OKCupid and more. FireStarter offers more than just capital – access to some of the best and brightest entrepreneurs in Chicago.As CEO of OneWed, Troy lead the re-launch of OneWed.com, a wedding website that provides the largest online database of wedding vendors, detailed ratings and reviews and a smart, unique voice for wedding planning tips and advice. The site connects brides and vendors in a focused online marketplace while providing users with the most informative wedding resources available in the online bridal world. OneWed was Sold to Nearlyweds in Seattle in 2010.Troy co-founded SurePayroll.com, an Internet-based payroll service bureau focused on companies with fewer than 100 employees. Under his leadership as President, SurePayroll grew from an idea on paper to a nationally recognized payroll service bureau in less than three years. Today, SurePayroll grew to the largest Internet payroll provider and the fifth largest payroll company in the country, managing billions of payroll dollars annually and two-time Inc. 500 honoree before being acquired by Paychex, Inc. in 2011.Before developing SurePayroll, Troy was recruited by Jellyvision, Inc. to build a software development capability from scratch. Within 18 months, Troy assembled a team and set of tools for quickly creating highly interactive multimedia experiences. Troy’s team utilized these tools to develop products including “You Don’t Know Jack®” for Jellyvision, and “Who Wants to Be a Millionaire®” for Disney Interactive.In 1986, Troy founded Specialized Systems and Software, which focused on creating custom database applications. The company quickly developed a national presence, amassing a client list that included companies like Abbott labs, CDW, Hyatt Hotels and McDonald’s Corp. In 1992, Medline Industries purchased the business and it became the Systemetrics Division of Medline Industries, the largest privately-held US manufacturer and distributor of medical products. Within five years, Systemetrics’ software was installed in nearly 10 percent of the nation’s hospitals.Contact a speaker booking agent to check availability on Troy Henikoff and other top speakers and celebrities.