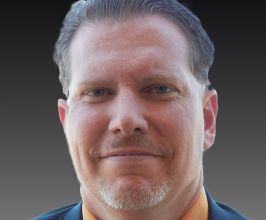 Book Ty Bollinger for your event

Ty Bollinger is a happily married husband and father, a CPA, health freedom advocate, health researcher, former competitive bodybuilder, talk radio host, and best-selling author. After losing several family members to cancer, Ty refused to accept the notion that chemotherapy, radiation, and surgery were the most effective treatments available for cancer patients. He began a quest to learn all he possibly could about alternative cancer treatments and the medical industry. What he uncovered was shocking. There is ample evidence to support the allegation that the “war on cancer” is largely a fraud and that multinational pharmaceutical companies are “running the show.” In 2006, after almost a decade of cancer research, he published “Cancer–Step Outside the Box) which (now in its 6th edition) has become a best-seller (over 150,000 copies sold) and has been called the “most eye-opening book since 1984.” Ty has now made it his life mission to share the mot remarkable discovery he made on his quest: the vast majority of all diseases (including cancer) can be easily prevented and even cured without drugs or surgery. In 2011, Ty collaborated with his colleague, Dr. Michael Farley, to edit and publish a revolutionary book on medicinal herbs entitled, “A Guide to Understanding Herbal Medicines and Surviving the Coming Pharmaceutical Monopoly.” Drawing on over three decades of personal experience, observation, and research of Dr. Michael Farley, the book provides a refreshing and enlightening yet simple to understand guide on the medicinal uses of natural herbs. the book simplifies and demystifies herbal medicine and puts it back within the grasp of all who want to reclaim some control over their health options. Teaming up with Dr. Farley once more, in October 2012, Ty published “Work With Your Doctor to Diagnose and Cure 27 Ailments With Natural and Safe Methods.” This is a book that contains scientific research and studies to support every treatment that is, contained in its 500+ pages, including natural treatments for Alzheimer’s, Parkinson’s, MS, diabetes, E. Coli, cardiovascular disease, bubonic plague, and Celiac disease. In 2013, Ty published “Monumental Myths of the Modern Medical Mafia and Mainstream media and the Multitude of Lying Liars That Manufactured Them.” This expose was written to help wake people up from their slumber, to help them unplug from the matrix and to help them realize that almost every “official story” of the past century is nothing more than a “monumental myth” fabricated y those who want to control us and keep us asleep, deceived, and obedient. Ty and his wife, Charlene, have their own publishing company-Infinity2 Partners. Ty speaks frequently to health groups, at seminars, expos, conferences, churches, and is a regular guest on multiple radio shows, television shows, and writes for numerous magazines and websites. He also co-hosts a weekly radio show called “Outside the Box Wednesdays” which is syndicated on the GCN Radio Network and NaturalNews.comContact a speaker booking agent to check availability on Ty Bollinger and other top speakers and celebrities.