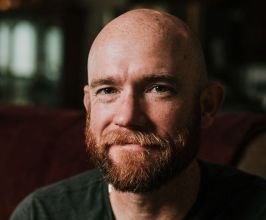 Book Ty Carter for your event

Ty Michael Carter was born in Spokane, Washington in January 1980 and moved to California’s Bay Area in 1981. In 1991, his family moved back to Spokane, where he graduated from North Central High School in 1998 where he excelled in biology and art.In efforts to avoid college studies, Carter enlisted in the Marine Corps Oct. 13 1998, and attended the Marine Corps Combat Engineer School. He later served in Okinawa, Japan as an intelligence clerk. Carter showed promise in weapons’ marksmanship and was sent to Primary Marksmanship Instructor School in 1999. He served two short training deployments; one to San Clemente Island, California, and the other to Egypt, for Operation Bright Star. Carter was honorably discharged from the Marine Corps, Oct. 12, 2002.Still fascinated by biology Carter enrolled in college and took up studies at Los Medanos Community College in California. After an unexpected life event, he spent the next five years traveling the United States working multiple jobs at a time; everything from being a certified nurses assistant to ascending sunken boats as a technical diver. Working in the civilian world he missed the camaraderie and sense of purpose that the military had. Carter then realized he was destined for further service.Carter enlisted in the U.S. Army on January 3, 2008, to attend the Cavalry Scout Basic Training Course at Fort Knox, Kentucky. In April 2008, he was sent to Fort Carson, Colorado, to join 3rd Squadron, 61st Cavalry Regiment, 4th Infantry Brigade Combat Team, 4th Infantry Division.In May of 2009, Carter deployed for 12 months to Nuristan Province, Afghanistan. In October 2010, Carter was stationed at Fort Lewis, Washington, and joined Alpha Troop, 8th Squadron, 1st Cavalry Regiment, 2nd Stryker Brigade Combat Team, 2nd Infantry Division. In May 2012, he deployed to Kandahar City, Afghanistan.Carter was awarded the Medal of Honor by President Obama on August 26th, 2013 and later left active duty in October 2014. Since then he has worked tirelessly to destigmatize posttraumatic stress (PTS), a condition from which he has suffered. Currently, he travels the country as a motivational and educational speaker while being a full-time student working towards his Associates Degree in Firearms Science and Technology. He currently resides in Texas with his family and spends his free time doing various hobbies like home brewing and reloading.Contact a speaker booking agent to check availability on Ty Carter and other top speakers and celebrities.