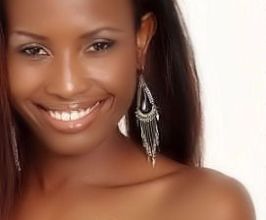 Book Uduak Oduok for your event

Uduak Oduok is a speaker, attorney, journalist, author and recognized visionary and trailblazer.As a speaker, Uduak has spoken at diverse organizations including SXSW, The Wharton School of Business, California Lawyers for the Arts, UC Hastings College of the Law, The International Academy of Design and Technology, WRBLSA, Woodbury University (Retail Camp), and The National Association of Women Business Owners Sacramento. She is also a legal commentator who has provided legal insight and analysis on the intersection of pop culture and the law for media outlets such as Al Jazeera, New York’s 99.5FM WBAI and 107.5FM WBLS.As a journalist, Uduak has interviewed some of the most prominent names in the world, and is one of the few journalists to interview the late and acclaimed British designer and couturier Alexander McQueen. In ’06 & ’07, she was the sole American journalist invited to cover an international fashion campaign organized by the United Nations World Food Programme in West Africa.She has been quoted and has authored numerous published and syndicated articles in national and international magazines and newspapers, including Yahoo News!, USA Today and MSNBC.For her work in the field of journalism, Uduak has earned numerous nominations and recognitions including as a 2014 nominee for the Archbishop Tutu Fellowship Programme, a 2012 NEA Awards nominee for ‘Media Personality of the Year,’ a 2010 nominee of South Africa’s AFI Fashion Awards for her “Outstanding Contribution to Fashion Communications,” a listing as Applause Magazine’s 40 under 40 ‘African Changemakers,’ and a listing as one of Inno8tiv Magazine’s 50 Young Visionary Women to Watch in 2015.Uduak is the founder of Ladybrille, an award nominated pioneer digital magazine celebrating brilliant women entrepreneurs and leaders, and de-stigmatizing the image of Africans through fashion and entertainment.As an attorney Uduak pioneered the first Fashion Law seminars in Northern California, and is a recognized name within the growing niche practice of Fashion Law in the USA. She is also the founder of the pioneering law blog ‘Africa Music Law,’ a blog and podcast show focused on educating Africa and the African diaspora creative industries on the legal issues affecting the entertainment industry.She is the co-founder of EBITU LAW GROUP, P.C., a California, USA law firm providing legal services to businesses and individuals including those in the fashion and entertainment sector; and has been featured in leading legal publications in the USA, ABA Journal and The California Lawyer Magazine.She has also been a contributor to three books, two of which are distributed internationally, and has just completed her first music law book set for publishing this 2015.Contact a speaker booking agent to check availability on Uduak Oduok and other top speakers and celebrities.