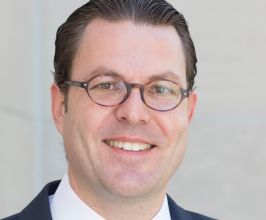 Book Urs Gasser for your event

Dr. Urs Gasser, appointed as a Professor of Practice at Harvard Law School, is the Berkman Center for Internet & Society’s Executive Director. Before joining the Berkman Center in this capacity, he was Associate Professor of Law at the University of St. Gallen (Switzerland), where he led the Research Center for Information Law as Faculty Director. Before joining the St. Gallen faculty, Urs Gasser spent three years as a research and teaching fellow at the Berkman Center, where he was appointed Faculty Fellow in 2005. At the Berkman Center, he was the lead fellow on the Digital Media Project, a multi-disciplinary research project aimed at exploring the transition from offline/analog to online/digital media. He also initiated and chaired the Harvard-Yale-Cyberscholar Working Group, and was a visiting researcher at Harvard Law School in the 2003/04 academic year.Urs Gasser’s research and teaching focuses on information law and policy and the interaction between law and innovation. Current research projects – several of them in collaboration with leading research institutions in the U.S., Europe, and Asia – explore policy and educational challenges for the future generation of digital natives, the regulation of digital media and technology (with emphasis on IP law), ICT interoperability, the institutional settings for fostering entrepreneurship, and the law’s impact on innovation and risk in the ICT space.Urs Gasser is a graduate of the University of St. Gallen (S.J.D. 2001, J.D. 1997) and Harvard Law School (LL.M. 2003). For his academic work, he has received several awards, including Harvard’s Landon H. Gammon Fellowship for academic excellence and the “Walther Hug-Preis Schweiz”, a prize for the best doctoral theses in law nationwide, among others.He has published and edited, respectively, six books and has written over 60 articles in books, law reviews, and professional journals. Publications within the last two years have included a study on ICT interoperability and eInnovation, an article on search engine regulation and an extensive comparative legal study on anti-circumvention legislation. He is the co-author (with John Palfrey) of Born Digital: Understanding the First Generation of Digital Natives (Basic Books, New York 2008), which is being translated into ten languages, including Chinese and Russian. The German translation is available under the title Generation Internet (Hanser Verlag, Munich 2008).Dr. Gasser frequently acts as a commentator on comparative law issues for the U.S. and European media. He is also an advisor to international technology companies on information law matters.Contact a speaker booking agent to check availability on Urs Gasser and other top speakers and celebrities.