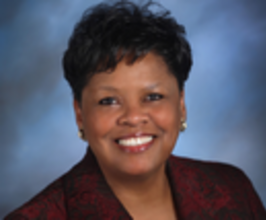 Book Valda Ford for your event

Valda Boyd Ford is a woman on a mission. After having woman after woman ask about sexual health issues she realized that something had to be done and she was the one to do it. While talking to women’s group about living a great life filled with love and laughter, invariably someone would express a concern about being involved in a new relationship or complain about the thrill being gone from a long term relationship.So many questions! So little time! So she developed a seminar series that combined the best clinical information, the ability to get everyone involved in the discussion in a safe place, and her inimitable style of telling it like it is with humor and grace.Sex is Not for Sissies was born! It started out as a simple conversation with a woman who was frustrated about getting back into the dating scene and doing a lot of whining about the realities. Finally, Valda told her that sex wasn’t for the casual participant or the cowardly. Sex, she said, was not for sissies!She decided that a better way to talk to women (and men) about having a seriously satisfying sex life. Valda worked to tell them how to be so much safer and smarter in the bedroom. After hundreds of conversations she recognized that, as a nation, we are pretty ignorant about sex.If you think about it, there cannot help but be a lot of ignorance out there about sex and all of its complexity. Who is teaching about sex?• Teachers who don’t want to and may not really be prepared for an audience of “educated” kids; • Parents who don’t know when to start the conversation, don’t know what to say and are going to have the conversation only once; • Kids teaching each other, making up the facts as they go along – influenced by television, popular music and, of course, the internet; and • Adults who are trying to “wing it” often with sad, if not pitiful, consequences.Valda recognizes that, with few exceptions, the way we have all been taught about sex is pretty pathetic. She believes that great sex and safe sex can come together! She spends her time talking to audiences large and small, public and private, health care professionals and lay people, young and old. At the end of her talks the usual comments are “Wow! I didn’t know that!” or “I should have brought my sister (or husband or wife or mother or friend)!”Once you hear her you will understand why. Valda has that unique combination of common sense, intellect and an amazing sense of humor that will draw you in and keep you coming back.Valda Ford, MPH, MS, RN, is the founder of the “Sex Is Not for Sissies” series. As an author, professional speaker and retreat facilitator, she has presented the events in multiple cities in the US and always has rave reviews. Valda is a sex educator and holds a Master of Nursing from Creighton University, a Master of Public Health from the University of North Carolina at Chapel Hill, and a Bachelor of Science in Nursing from Winston-Salem State University.She has traveled to and worked in over 40 countries, written extensively on women’s health and has authored a short but spicy romance novel – SINS: Secrets and Lies.Valda is a frequent guest on TV and radio and a contributor to women’s magazines.Contact a speaker booking agent to check availability on Valda Ford and other top speakers and celebrities.