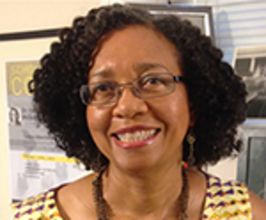 Emory University Professor of African American Educational Studies, Author of “The Lost Education of Horace Tate: Uncovering the Hidden Heroes Who Fought for Justice in Schools”

Vanessa Siddle Walker is the Samuel Candler Dobbs Professor of African American Educational Studies (B.A. University of North Carolina at Chapel Hill; M.Ed Harvard University; Ed. D Harvard University). For 25 years, she has explored the segregated schooling of African American children, considering sequentially the climate that permeated segregated schools, the network of professional collaborations that explains the similarity across schools, and the hidden systems of advocacy that demanded equality and justice for the children in the schools. Her research has garnered a number of awards, including the prestigious $200,000 Grawmeyer Award for Education and the American Educational Association (AERA) Early Career Award. In addition, she has received awards from the Conference of Southern Graduate Schools, the American Education Studies Association, and three awards from AERA Divisions, including the Best New Female Scholar Award, the Best New Book Award, and the Outstanding Book Award.Walker’s current research project, Hidden Provocateurs, brings to light the history of black educators in the fight for justice for black children. It examines black educators’ activities to demand equality in the generations before the Brown v. Board of Education decision, their interconnected story with the Brown v. Board of Education decision, and their continued advocacy after the Brown v. Board of Education decision. By elevating the role of these black educators, Hidden Provocateurs challenges, expands, or contextualizes every popular book of civil rights, educational history, and Brown v. Board of Education commentary. In its pages, well-known public advocates such as Walter White, James Weldon Johnson, and W. E. B. Du Bois are intertwined with the unknown generations of educators such as H. A. Hunt, Charles Harper and, finally, the book’s central figure: Horace Edward Tate. Collectively, their activities reveal an intricate system of symbiotic collaboration identifiable in every generation’s effort to effect equality of opportunity for all children.Walker has consulted widely with media, participating in the PBS Special, SCHOOL, and has shared her research nationally and internationally for more than 25 years. In 2012 she delivered the American Educational Research Association’s annual Brown v. Board of Education Lecture in Washington, DC with the webcast viewed by more than 500 people in Australia, Canada, China, Germany, Japan, Peru, Qatar, South Africa, Taiwan, Norway, the United Kingdom, and the United States. Since the Brown Lecture, she has provided Keynote Addresses for the U.S. Department of Education; the National Organization of Black Elected Legislative Women; the Kansas City-Missouri Emancipation Proclamation Celebration; the University of Cape Coast, Ghana; Teachers College Columbia; Howard University; Michigan Law School; American Educational Research Association; University Council for Educational Administration; the University of Georgia; and Duquesne University. Walker is a former National Academy of Education Fellow and in 2009 was named a Fellow of AERA.Contact a speaker booking agent to check availability on Vanessa Siddle Walker and other top speakers and celebrities.