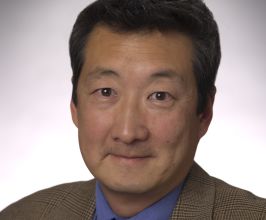 Book Victor Cha for your event

Victor Cha is the former Director for Asian Affairs at the National Security Council, where he served as an advisor to the President from 2004-2007. The recipient of two Outstanding Service Commendations during his tenure at the White House, Cha is also the award-winning author of Alignment Despite Antagonismand Beyond the Final Score: The Politics of Sport in Asia. His writing has appeared in Foreign Affairs,International Security, and Political Science Quarterly, among other journals. As an expert on North Korea, he has been interviewed on many national news outlets, including ABC, CBS, NBC, CNN, Fox, PBS News,and he has written on the topic for the New York Times, the Washington Post, the Financial Times, the LosAngeles Times, and for USA Today. Cha currently holds the D.S. Song Chair in Government in the School of Foreign Service at Georgetown University and is a senior adviser at the Center for Strategic and International Studies in Washington, D.C.His books include Alignment Despite Antagonism: US-Japan-Korea Security (Stanford, 1999); Nuclear North Korea (Columbia, 2003) with David Kang; and Beyond the Final Score: Politics of Sport in Asia (Columbia, 2009). His next books are Powerplay: Origins of the American Alliance System in Asia (Princeton) and North Korea: The Impossible State (Ecco). He is the coeditor of the new Contemporary Asia Series at Columbia University Press. He serves on the editorial boards of several scholarly journals and recently joined the Board of Advisors for the Center for a New American Security. Dr. Cha is also a frequent contributor and guest analyst for various media outlets, including Chosun Ilbo, Joongang Ilbo, CNN, National Public Radio, New York Times, Washington Post, Time, Newsweek, Asahi Shimbun, and Japan Times. Dr. Cha holds a B.A., an M.I.A., and a Ph.D. from Columbia University, as well as an M.A. Oxford University.Contact a speaker booking agent to check availability on Victor Cha and other top speakers and celebrities.