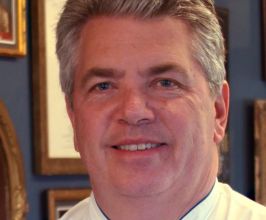 Chef Known For His Award-Winning Blend of French & Southwestern Cuisine

Book Vincent Guerithault for your event

Vincent Guerithault, chef/owner of Vincent Guerithault on Camelback, is considered by many to be Phoenix’s culinary prize.For over 32 years, Vincent has been combining his expertise in classic French cooking with Southwestern ingredients to create a unique blend of flavors that has become his signature. His style is constantly evolving, and critics note that his food is always “intriguing and inspiring.”Vincent’s love for cooking began in his youth in France, where he worked at L’Oustau de Baumaniere in Les Baux de Provence, and Maxim’s and Fauchon in Paris. He came to the U.S. in 1976 to be sous–chef at Chicago’s Le Français, and within 10 years opened his own restaurant here that helped put Phoenix on the culinary map.Vincent was the first chef ever to receive a Citation of Excellence from the International Food & Wine Society. He has enjoyed countless commendations, including the James Beard award as “America’s Best Chef: Southwest” in 1993 and the prestigious Chevalier de l’Ordre du Merite Agricole on behalf of the Republic of France. In 2018, he was promoted from Chevalier to Officier de l’Ordre du Merite Agricole by the Republic of France. In 2009 Vincent was a James Beard semifinalist for Outstanding Chef and in 2010, 2011, 2012, 2013 Vincent Guerithault on Camelback was a semi-finalist in the Outstanding Restaurant category. For more than a decade, Zagat has ranked his restaurant “most popular” and “best in area” and Mobil Travel Guide has awarded it four stars. Bon Appetit magazine, Conde Nast Traveler and Travel Holiday all have lauded Vincent and his restaurant for his tempting food and attentive service. In 2003 Vincent on Camelback was placed 24th on the World’s Top 50 Restaurants by British based Restaurant Magazine. Vincent on Camelback has been ranked #1 since 2010 for Southwest/Eclectic Restaurant by Ranking Arizona Magazine and in April 2011 the restaurant was inducted in to the Arizona Culinary Hall of Fame for Outstanding Establishment.Vincent teamed with Esquire’s food and wine critic, John Mariani, to write Vincent’s Cookbook, cited as “user friendly” by the New York Times and “packed with easy–to–create recipes” according to the San Francisco Chronicle.Meanwhile, Vincent and his culinary expertise have received rave reviews from critics across the country like the New York Times, L.A. Times, Gourmet, Bon Appetit, Travel & Leisure, G.Q., Family Circle and The Arizona Republic. He has been featured on the cover of Money magazine and appeared on the Today Show and Regis & Kathy Lee.Vincent’s talents go well beyond his restaurant doors. He has created a very successful full-service catering business that can handle groups from 5 to 1,000. For the past 26 years, he has hosted the popular Camelback Market every Saturday from mid-October through April in his parking lot, featuring the freshest produce, cooked-to-order crepes and pastas, breads, cheese, pizzas and much more. In the fall of 2003 he opened Vincent Market Bistro, adjacent to Vincent’s Restaurant. The Market Bistro serves breakfast, lunch and dinner daily, as well as prepared food to go. And in 2007 he introduced Vincent Van Go, a corporate delivery service featuring sandwiches and salads delivered to contracting businesses. In 2008 Vincent introduced to Vincent Van Go his wood burning mobile pizza oven.But Vincent’s restaurant is his focus and it shows: While many restaurants in Phoenix, have opened and closed or changed locations over the last three decades, Vincent on Camelback has consistently set the standard for great food in Phoenix, if not the entire Desert Southwest. His award-winning wine list has become one of the region’s best. His food is extraordinary. Service is some of the finest in Phoenix. And his restaurant has a timeless charm.Contact a speaker booking agent to check availability on Vincent Guerithault and other top speakers and celebrities.