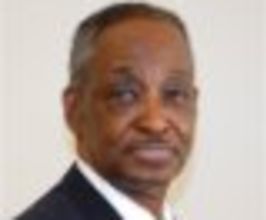 Author and ghostwriter helps her clients write and publish books–she can help you make the dream come true.

About Virginia     Born and raised in Chicago, Virginia started her writing career when her family moved to the coast of Maine and she began writing articles on many topics, including family living, children’s literature, business, and women’s issues. Her work appeared in a variety of magazines including Baby Talk and Marriage & Family Living. During the years her family lived aboard a sailboat, she wrote about boating and cruising and her articles appeared in magazines such as Cruising World and Sail.  Nonfiction book publishing     Virginia broke into book publishing with her first coauthored books, TMJ Syndrome: The Overlooked Diagnosis, with A. Richard Goldman, DDS and Touch: A Personal Workbook (Open Arms Press), with Greg Risberg, M.S.W. More books followed, including A Consumer’s Guide to Alternative Health Care (Bob Adams), co-authored with Craig Clayton and When the Wrong Thing is Right (MasterMedia), with Sylvia Bigelsen, Ed.S. She’s the sole author of Testing and Your Child (NAL, 1994). In 2005, McGraw Hill released Coping With Chemotherapy and Radiation, the fifth update of a cancer therapy book written with Daniel Cukier, MD and two other doctors.Making manuscripts shine        Over the last two decades Virginia has written or “rewritten” well over 100 books and edited many more. Regardless of subject matter, Virginia’s work with clients can begin at any stage, from developing a fresh idea to producing a book proposal package to adding the polish to a finished project and making it shine!Book publishing seminars          For many years, Virginia regularly presented her seminar, “How to Get Your Book Published,” to audiences in Chicago, Illinois and Asheville, North Carolina. She’s also spoken on writing-related issues to many professional groups, including the National Association of Physician Broadcasters.      Virginia is available to speak and/or present workshops on producing winning book proposal packages, coping with the ups and downs of “the writer’s life,” and strategies for making a full-time living as a writer.Professional organizations         Virginia has been a long-term member of numerous professional and writers’ organizations, including the Authors Guild, the American Society of Journalists and Authors (ASJA), and the National Speakers Association (NSA). In the early 1990s, she served on the National Executive Board of the National Writers Union (NWU) and held a variety of positions in the Chicago Local.     In 2001, she joined the Romance Writers of America (RWA) and its affiliate chapters in Wisconsin and South Carolina, as well as three online chapters, From the Heart, Hearts Through History, and The Golden Network.      Virginia has served as co-contact for the Greater Green Bay Area of WisRWA and currently chairs the 2007 Write Touch Reader’s Award Contest, the chapter’s well-known contest for published authors.Contact a speaker booking agent to check availability on Virginia E. McCullough and other top speakers and celebrities.