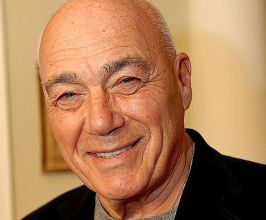 Book Vladimir Pozner for your event

One of the most recognizable political commentators on Russian television, Vladimir Pozner is a veteran journalist and bestselling author, unafraid to take on controversial stories of the day. Named the “Voice of Moscow” by CNN, Pozner is a foremost authority on Russian and Western relations with expertise that gives him the unique ability to speak about the most pressing geopolitical issues facing the world today.As a trusted correspondent on Radio Moscow, Pozner established himself as the Western face of Russian political issues. During the height of the Cold War and ensuing years, Pozner appeared on top news outlets, capturing and captivating viewers around the world. With entertaining and groundbreaking insights, he continues to share an inside look at Russian history, culture, politics and the leaders that define this new era.Among American viewers, Pozner gained additional popularity when he co-hosted a series of experimental international telecasts with television personality Phil Donahue. Called A Citizen’s Summit, these televised discussions between Soviet and U.S. viewers ushered glasnost into Soviet TV and the consciousness of the country. These innovative shows prompted Pozner’s promotion to the rank of political observer, the top journalistic post in the USSR. Pozner later co-hosted the immensely popular Pozner & Donahue on CNBC, which had the highest ratings in its time period.Throughout his legendary career, Pozner – who has three citizenships and is fluent in an impressive seven languages – has won multiple awards, including three Emmy certificates, nine TEFY awards and several international honors. Currently, he hosts a weekly show on Channel One, Russia’s largest network, called POZNER, which has become one of the most watched interview shows in the country. He also was a correspondent for NBC Olympics’ late-night show with Bob Costas during the 2014 Sochi Games, providing a Russian outlook to audiences, and played a large role in discussing and analyzing the Crimean uprising on CNN.Internationally recognized and ranked among the most respected television personalities in the world, Pozner will captivate your audience with his extensive knowledge of international politics, the current state of Russian society, East-West affairs and other global topics. Whether speaking to colleges, businesses, international groups or performance arts organizations, Pozner’s engaging and unmatched insights into global issues, monetary policy, Russian life and communications provide an in depth look into the iconic people and administrations he has reported on throughout his long and remarkable career.Contact a speaker booking agent to check availability on Vladimir Pozner and other top speakers and celebrities.