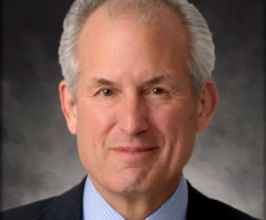 McNerney, 66, joined Boeing as chairman, president and CEO on July 1, 2005. He served as president until December 2013 and CEO until July 2015.Before that, he served as chairman of the board and CEO of 3M, then a $20 billion global technology company with leading positions in electronics, telecommunications, industrial, consumer and office products, health care, safety and other businesses. He joined 3M in 2000 after 19 years at the General Electric Company.McNerney joined General Electric in 1982. There, he held top executive positions including president and CEO of GE Aircraft Engines and GE Lighting; president of GE Asia-Pacific; president and CEO of GE Electrical Distribution and Control; executive vice president of GE Capital, one of the world’s largest financial service companies; and president, GE Information Services. Prior to joining GE, McNerney worked at Procter & Gamble and McKinsey & Co., Inc.By appointment of U.S. President Barack Obama, McNerney serves on the Kennedy Center Board of Trustees. He previously chaired the President’s Export Council.He serves on the board of trustees of the Washington, D.C.-based Center for Strategic and International Studies, a bipartisan, non-profit organization that seeks to advance global security and prosperity, and he is a past chair and previous member of the executive committee of Business Roundtable, an association of chief executive officers of leading U.S. companies.McNerney has served as a member of the Boeing board since 2001. He is a director of Procter & Gamble, a director of IBM, a member of The Field Museum Board of Trustees in Chicago, a trustee of Northwestern University, and a member of the Northwestern Memorial HealthCare Board.He also is a fellow of the American Academy of Arts and Sciences and an honorary fellow of the Royal Aeronautical Society.In addition, McNerney has received the following honors and recognition:A native of Providence, R.I., McNerney earned a B.A. degree from Yale University in 1971 and an M.B.A. from Harvard University in 1975. He is married and has five children. He enjoys skiing, golf, hiking and hockey.Contact a speaker booking agent to check availability on W. James Mcnerney and other top speakers and celebrities.