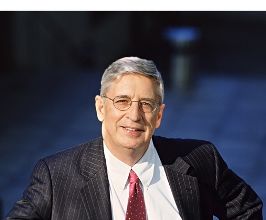 Book Walter Dellinger for your event

Walter Dellinger is a member of the Appellate Practice at O’Melveny & Myers. He is on leave from his professorship at Duke University where he is the Douglas B. Maggs Emeritus Professor of Law. In 2013 he was named one of the 100 Most Influential Lawyers in America by the National Law Journal and recognized with a Lifetime Achievement Award from the American Lawyer.Dellinger served as Assistant Attorney General and head of the Office of Legal Counsel (OLC) from 1993 to 1996. He was acting Solicitor General for the 1996-97 Term of the US Supreme Court. During that time, Walter argued nine cases before the Court, the most by any Solicitor General in more than 20 years. His arguments included cases dealing with physician-assisted suicide, the line item veto, the cable television act, the Brady Act, the Religious Freedom Restoration Act, and the constitutionality of remedial services for parochial school children.He has served as Special Counsel to the Board of Directors of the New York Stock Exchange in connection with the NYSE’s transformation into a publicly held company and its acquisition of an electronic trading company.After serving in early 1993 in the White House as an advisor to the President on constitutional issues, Walter was nominated by the President to be Assistant Attorney General. He was confirmed by the Senate in October 1993 and served for three years. As head of the OLC, Walter issued opinions on a wide variety of issues, including: the President’s authority to deploy United States forces in Haiti and Bosnia; whether the trade agreements required treaty ratification; and a major review of separation of powers questions. He provided extensive legal advice on questions arising out of the shutdown of the federal government, on national debt ceiling issues, and on loan guarantees for Mexico.Walter has published articles on constitutional issues for scholarly journals including the Harvard Law Review, the Yale Law Journal, and the Duke Law Journal, and has written for the New York Times, the Washington Post, Newsweek, the New Republic, and the London Times. He has been a visiting professor at the Catholic University of Belgium and has given lectures to university faculties in Florence, Siena, Nuremberg, Copenhagen, Leiden, Utrecht, Tilburg, Mexico, and Rio de Janeiro, and has delivered major lectures at Stanford, Yale, Harvard, Michigan, Berkeley, Penn, Duke, Chicago, and other US law schools. He has testified more than 25 times before committees of Congress.In private practice, his arguments before the United States Supreme Court have included Exxon Shipping Co. v. Baker, Morgan Stanley Capital Group Inc. v. Public Utility District No. 1 of Snohomish County, Alabama v. North Carolina, Hosanna-Tabor v. EEOC, Heller v. District of Columbia, Jackson v. Birmingham School District, Brown v. Legal Foundation of Washington, US Airways v. Barnett, Utah v. Evans, Hunt v. Cromartie, and Hunt v. Easley. His most notable Court of Appeals and state supreme court arguments include Martha Stewart v. United States, Whiteside v. United States, Exxon v. Alabama, LCI v. Phillips, and Bank of America v. Miller.Contact a speaker booking agent to check availability on Walter Dellinger and other top speakers and celebrities.