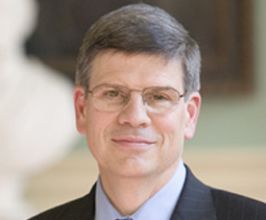 William C. Kirby is T. M. Chang Professor of China Studies at Harvard University and Spangler Family Professor of Business Administration at the Harvard Business School. He is a Harvard University Distinguished Service Professor. He serves as Director of the Fairbank Center for Chinese Studies and Chairman of the Harvard China Fund.A historian of modern China, Professor Kirby’s work examines China’s business, economic, and political development in an international context. He has written on the evolution of modern Chinese business (state-owned and private); Chinese corporate law and company structure; the history of freedom in China; the international socialist economy of the 1950s; relations across the Taiwan Strait; and China’s relations with Europe and America. His current projects include case studies of contemporary Chinese businesses and a comparative study of higher education in China, Europe, and the United States.Before coming to Harvard in 1992, he was Professor of History, Director of Asian Studies, and Dean of University College at Washington University in St. Louis. At Harvard, he has served as Chair of the History Department, Director of the Harvard University Asia Center, and Dean of the Faculty of Arts and Sciences. As Dean, he led Harvard’s largest school, with 10,000 students, 1,000 faculty members, 2,500 staff, and an annual budget of $1 billion.As Dean he initiated major reforms in undergraduate education in Harvard College; enhanced Harvard’s international studies at home and abroad; increased substantially financial aid in the College and in the Graduate School of Arts and Sciences; supported the growth of the Division (now School) of Engineering and Applied Sciences; and oversaw the construction of major new buildings in the Life Sciences, Engineering, and the Arts. During his tenure, the Faculty expanded at its most rapid rate since the 1960s.Professor Kirby holds degrees from Dartmouth College, Harvard University, and (Dr. Phil. Honoris Causa) from the Free University of Berlin and the Hong Kong Polytechnic University. He has been named Honorary Professor at Peking University, Nanjing University, Fudan University, Zhejiang University, Chongqing University, East China Normal University, the Shanghai Academy of Social Sciences, and National Chengchi University. He has held appointments also as Visiting Professor at University of Heidelberg and the Free University of Berlin. He is a Fellow of the American Academy of Arts and Sciences.Contact a speaker booking agent to check availability on William C. Kirby and other top speakers and celebrities.