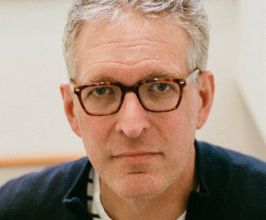 Book William Powers for your event

William Powers was born in Arizona and grew up in Rhode Island. He graduated from Harvard University magna cum laude with a degree in U. S. history and literature, and did graduate study in Spain as a Rotary International Scholar. He began his career as a U.S. Senate staff member working on foreign relations, intelligence and military affairs.He then joined The Washington Post, working initially for Bob Woodward in the investigative unit. He did reporting and research for The Commanders, Woodwards international bestseller about the first Gulf War.As a Post staff writer and columnist in the 1990s, Powers covered business, media, politics, popular culture and ideas. His writing has appeared in The Atlantic, The New York Times and many other publications. He created The New Republics first media column, and for ten years wrote an influential column on the intersection of media and politics for National Journal.He has been featured in dozens of major news outlets, including interviews with Katie Couric, NPR, Good Morning America, PBS NewsHour, CNBC and the BBC, and coverage in The New Yorker, The Wall Street Journal, USA Today, Wired and The Guardian.Powers has been a speaker at such high-profile venues as South By Southwest, the Aspen Festival of Ideas, Google and Facebook. Reporting on one of his dynamic presentations, The New York Times called him an apostle of the next wave of digital thinking.He is the author of The New York Times best seller, Hamlets BlackBerry. Widely praised for its insights on the digital future, the book grew out of research he did as a fellow at Harvards Shorenstein Center. It has been selected as the Common Read for 2011-2012 at a number of U.S. colleges and universities, and is being translated into many foreign languages.Powers is a two-time winner of the National Press Clubs Rowse Award for best American media commentary. He has been a resident fellow at the MacDowell Colony, and studied the technology culture of Japan on a fellowship from the Japan Society of New York.He has given keynote talks at conferences such as South by Southwest and the Aspen Ideas Festival, as well as numerous universities and other organizations. He’s moderated conversations for the Aspen Institute’s Socrates program in Spain, Ukraine, Mexico and Japan, as well as the U.S.In 2014, he joined the MIT Media Lab as a research scientist. He and his lab colleagues are working to ensure that artificial intelligence reflects human values and enables social progress.He lives in Massachusetts with his wife, author Martha Sherrill, and their son.Contact a speaker booking agent to check availability on William Powers and other top speakers and celebrities.