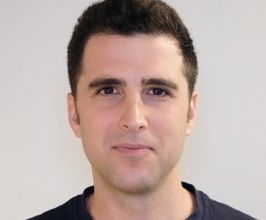 Book Yonatan Sela for your event

Yonatan Sela is an entrepreneur and investor who has built and invested in companies in Israel and the US. Yonatan is currently a VC at Square Peg, a firm with $1 billion under management and investments in Canva, Stripe, Fiverr and many others.Yonatan is the co-founder of Props, an open source protocol and platform for apps to increase engagement by letting users earn a financial stake in the network they help grow. Props is powered by blockchain tech under the hood, and the Props SEC-qualified token is used by 6M users across multiple consumer apps. Props received $25M in funding from Union Square Ventures and others.Prior to Props, Yonatan was the Chief Business Officer of live video platform YouNow, where he led the company’s business operations and product strategy. YouNow pioneered mobile live video and grew in popularity (>50M users), as it built the first two-sided marketplace run on a virtual currency in the US, grossing ~$100M in revenue to date. YouNow received $31M in funding from Venrock, Comcast, Oren Zeev and others.Prior to YouNow, Yonatan was a VC at Venrock, a firm with past investments in Apple, Intel, AppNexus, Nest and others. At Venrock, Yonatan focused on opportunities in digital media, FinTech and Blockchain.Outside of Venrock, Yonatan was involved in early investments in Fullscreen (acquired by AT&T and Otter Media for $300M) and Hippo Insurance ($1B valuation). He also advises venture backed companies helping them conceive, develop, launch, finance and market their products.Previously, Yonatan was a founding team member at Tvinci (acquired by Kaltura), an online video / OTT platform, where he ran the company’s marketing and product strategy. Yonatan led Tvinci to 8 figures in revenue. Tvinci turned into Kaltura’s Cloud TV business, grossing ~$40M in annual revenue.Yonatan is an Air Force Captain and a Boston Consulting Group (BCG) alumnus. He holds an MBA from Wharton and graduated summa cum laude from Tel Aviv University with a degree in Economics and Eastern Philosophy. Some of Yonatan’s other passions include electronic music, rock climbing, poi and tahini.Contact a speaker booking agent to check availability on Yonatan Sela and other top speakers and celebrities.