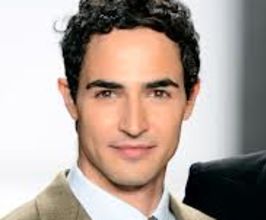 Book Zac Posen for your event

Zac Posen launched his eponymous collection in 2001, with a vision for modern American glamour that married couture technique with striking innovation. Envisioned in his New York atelier, Zac introduced a collection that combined legendary Hollywood glamour with a downtown sensibility, enhancing women’s natural forms and enabling them to be their most alluring, empowered selves.Two years following his first collection, he was awarded one of fashion’s most prestigious honors, Swarovski’s The Perry Ellis Award for Womenswear by the CFDA. Quickly, he was solidifying his position as a preeminent American designer.Today, Zac is known globally for his technique in artisanal craftsmanship, anatomical construction and textile manipulation. His daywear, suiting and red carpet eveningwear are infused with his bold sophistication, sexy femininity and distinctive glamour. Worn by leading women, including Uma Thurman, First Lady Michelle Obama, Gwyneth Paltrow and Naomi Watts, he has become a staple on the red carpet.His collections have grown to include Zac Posen, ZAC Zac Posen and Z Spoke Zac Posen with offerings in handbags, accessories, eyewear and fur. The collections are found in leading department and specialty stores worldwide including Bergdorf Goodman, Neiman Marcus, Saks Fifth Avenue, Barney’s New York, Harvey Nichols, and Seibu. In October 2013, Zac entered the bridal space with the launch of Truly Zac Posen in partnership with David’s Bridal, arriving in store in February 2014.Zac served as judge with Heidi Klum and Nina Garcia on Lifetime’s mainstay Project Runway for season 11 through 16. In keeping with Zac’s commitment to mentorship in design, he has developed the Zac Posen Scholarship for Fashion Design at The Scholastic Art & Writing Awards. In May 2013, Zac received from The Alliance for Young Artists & Writers, the Alumni Achievement Award. He was chosen to design the uniforms for Delta Air Lines in 2018.Contact a speaker booking agent to check availability on Zac Posen and other top speakers and celebrities.